INVESTING IN THE REGENERATIVE ECONOMY 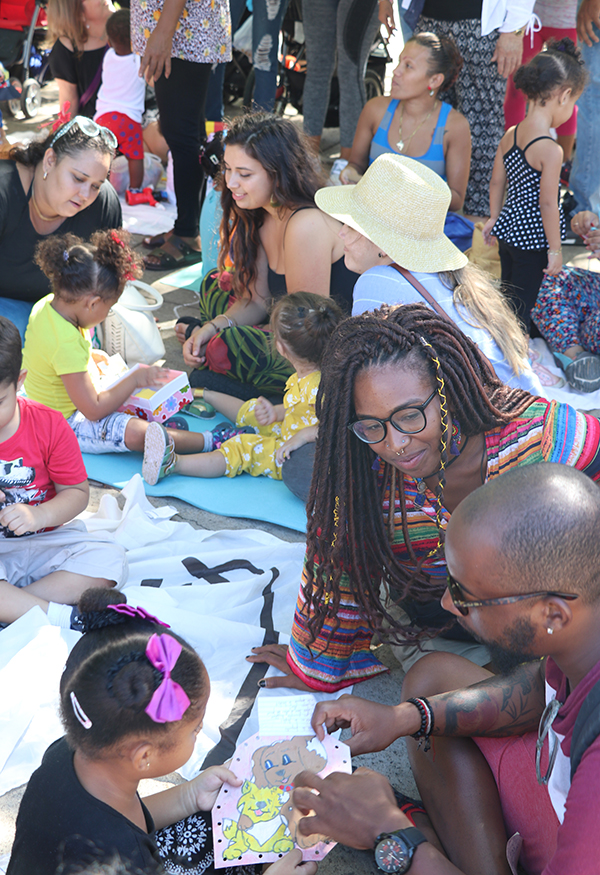 Indigenous peoples have suffered and continue to suffer from historic injustices as a result of dehumanization and racism and the colonization and dispossession of their lands, territories and resources, preventing them from exercising, in particular, their right of self-determination in accordance with their own needs and interests, extending to their rights affirmed in treaties, agreements and other constructive arrangements entered into with the United States and its several States. We must address the urgent need to respect and promote their inherent rights as peoples. When considering energy, climate change, and Green New Deal policy, it is important that the U.S., and its agencies, consider the history of destructive energy and mineral exploitation in Indigenous lands and territories. A just nation-to-nation relationship means breaking the cycle of asking Indigenous nations to choose between a colonial imposed model of an extractive economy or preservation of their Indigenous sovereignty, including protection of their traditional lands, waters and air, and the right to practice their spirituality and cultural lifeways.

Limit the level of ownership outside investors can have on community and Regenerative Economy development projects, e.g. require a minimum of 51% interest held by the public or community of a given locality.

Stop subsidizing corporate control of energy and agriculture through large-scale tax credit programs that incentivize profit-driven and extractive solutions for our energy and food systems.

Use public funding to provide debt relief for rent, mortgages, utilities, etc. must direct resources towards community ownership rather than being used to prop up the current extractive economy.

Impose a wealth tax on the 1% (individuals and corporations) and reinvest funding to repair and build communities most impacted and marginalized by our current inequitable economic system.

Eliminate Subsidies and Tax Breaks to the Fossil Fuel Industry

Eliminate subsidies and tax breaks funneled into fossil fuels to fund and invest in Just Transition.

Establish postal, state, and municipal public and community-owned banks to finance and seed regenerative efforts rather than extractive efforts that commodify land and nature. Convert private banks to public ownership after a financial crisis.

Build the capacity of frontline community residents, institutions, and organizations to develop, plan, and implement participatory budgeting practices to advance community-governed projects such as investment in healthy homes (including social housing), regenerative agriculture, broadband, and resilient and renewable energy systems that will require massive public investments.

Divest from a War Economy and Re-Invest in our Communities

Divest from funding military contractors, weapons development, and military spending that harms our communities and re-invest federal dollars to fund a Just Transition for a Regenerative Economy.

Provide financing, technical support, and training for frontline communities to establish, operate, and cooperatively own enterprises that meet community needs (i.e. community solar, regional food systems, etc.), whether those be cooperatives or public institutions. Non-extraction means removing barriers to financing (i.e. collateral, credit, etc.) for communities and to not take out more from the community than was invested.